Why Non-GMO Matters to Us

At NIKU Farms, we ensure that all of our partners meet the strict standards we adhere to, which includes all our animals to be non-GMO. What is non-GMO? This term seems to be thrown around a lot in grocery stores and health-conscious diets, but do we really know what it is?

The World Health Organization (WHO) defines GMOs as organisms whose genetic material—or DNA—has been altered or modified in some way that does not occur naturally. Meaning, these organisms were made in a lab where their genetic material was altered for specific ‘benefits’ including pest resistance, herbicide resistance, and enhanced nutritional value. What this does is improve crop retention for farmers and lowers the price for retail stores and consumers. A byproduct of this meaning, farmers make less per crop sold because of lower risk.

Many countries in the world require producers to label their products GMO, but Canada is not one of them. Crops commonly associated with GMO modification in Canada include but aren’t limited to corn, canola, and soybeans, which are very common ingredients in grain-fed livestock feeds. If our animals were raised on a grain-fed diet their feed would be comprised of almost all GMO ingredients like corn. Because the crops are engineered for either herbicide resistance or pest resistance, the after-effects of it being digested by animals and then by us are worrisome and still not fully understood.

Officially, GMO crops are too new to have solid conclusions about long-term effects on the environment and health of its consumers. However, with the increased herbicide-resistance we’ve seen an 80% increase of herbicide use on other unwanted crops. Which adds large amounts of chemical material into the environment and local ecosystems. The main ingredient in many store herbicides is “herbicide glyphosate”, being one of them, which has been acknowledged by the WHO as “probably carcinogenic to humans”.

GMO crops are also modified and produced by laboratories, which takes farming autonomy away from a lot of local farmers. They then become dependent on seed provided by laboratories which put a lot of pressure on our food supply chains.

By choosing grass-fed and non-GMO options, you’re choosing animals that are raised the way they were meant to be, naturally! There are no unanswered questions, and no influence of potentially harmful chemicals for you, the animals, or the environment. We embrace natural farming and guarantee that all of our animals are raised by local farmers who have full control over their 100% grass-fed and finished, antibiotic, added hormone, and GMO-free animals. 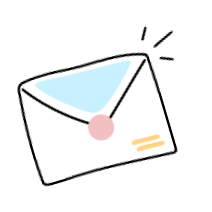